The Best of NYC: Tips for the Seeing the Top Attractions

Home > Trending Topics  > The Best of NYC: Tips for the Seeing the Top Attractions 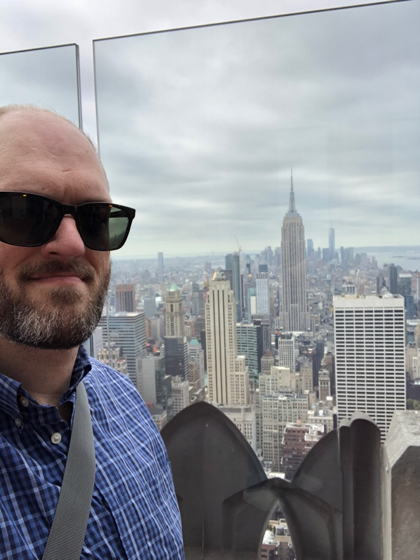 21 Nov The Best of NYC: Tips for the Seeing the Top Attractions

While I love spending time sitting by the ocean and listening to the waves, that whole sitting in a beach chair all day thing can get boring. That’s why, when I took a few days off to recoup from our recent rebrand, I decided to head to New York City. Here are a few highlights from my trip. 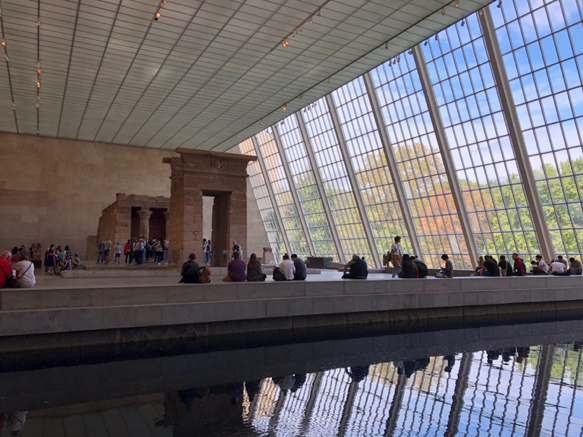 The Metropolitan Museum of Art

The Met completely consumed my first day in New York. Thinking back, I’m pretty sure I missed a third of the collection because I ran out of steam by mid-afternoon.

The highlight of my Met visit was the Temple of Dendur. I’m not sure what is more impressive, the temple itself or the room that houses it. The temple, from 10 BC, is the only ancient Egyptian temple in the United States. The vast room where the temple is on display includes water features that mimic where the temple sat along the Nile River.

Other Met highlights include Washington Crossing the Delaware (it’s huge and glorious), a large collection of ancient Greek and Roman sculpture and marble mastery, as well as works by Van Gogh, Monet, Degas, Rembrandt, and others.

Met Tip: I would allow two full days for my next visit to avoid rushing around. Your tickets are good for three days after your first visit, so there is no additional cost for a return trip.

Top of the Rock

While not the tallest vantage point in NYC, Top of the Rock has great views of the New York skyline, Central Park, Midtown, and all of the iconic skyscrapers. There are observation platforms at three different levels, which helps thin the crowd for that perfect selfie. The elevator ride to the top is made it faster by the projection show that is played on the roof of the elevator cars. 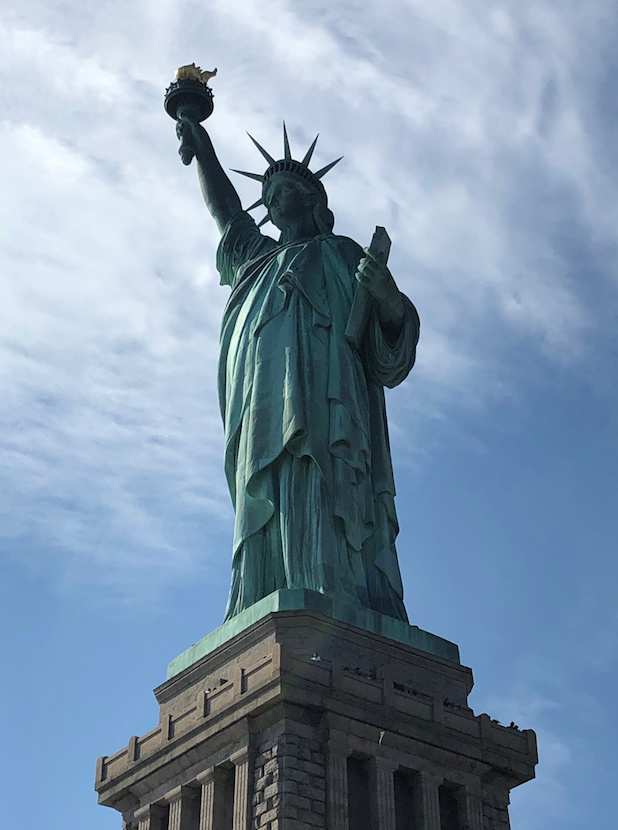 The Statue of Liberty was definitely the highlight of my trip. I’ve been to New York City a handful of times but had never been because I guess I thought it was too touristy of a thing to do. I couldn’t have been more wrong! There are amazing views of the city from the boat and from Liberty Island itself. Combine that with the history of this American icon, and you have one of the most inspirational moments NYC can offer.

Top Statue Strategies: Both Liberty Island and Ellis Island are included in your ticket. You have to pay to do any genealogy research at Ellis Island, so if that’s not in your budget, I would focus your energy on the statue and museum on Liberty Island. While the top of the ferry has the best views, it also means you wait in a longer line when getting off. Keep this in mind after you’ve already walked 15 miles around lower Manhattan.

Want to know more about finding food and drinks while you’re there? Check out our previous post from Digital Strategist, Marisa Stephens, about following your “hungerlust” in the Big Apple.

James Prow is the Coldwell Banker Caine Graphic Designer. In his free time, he enjoys margaritas, working on his home, and all things Clemson. Willy Taco is his spirit animal.