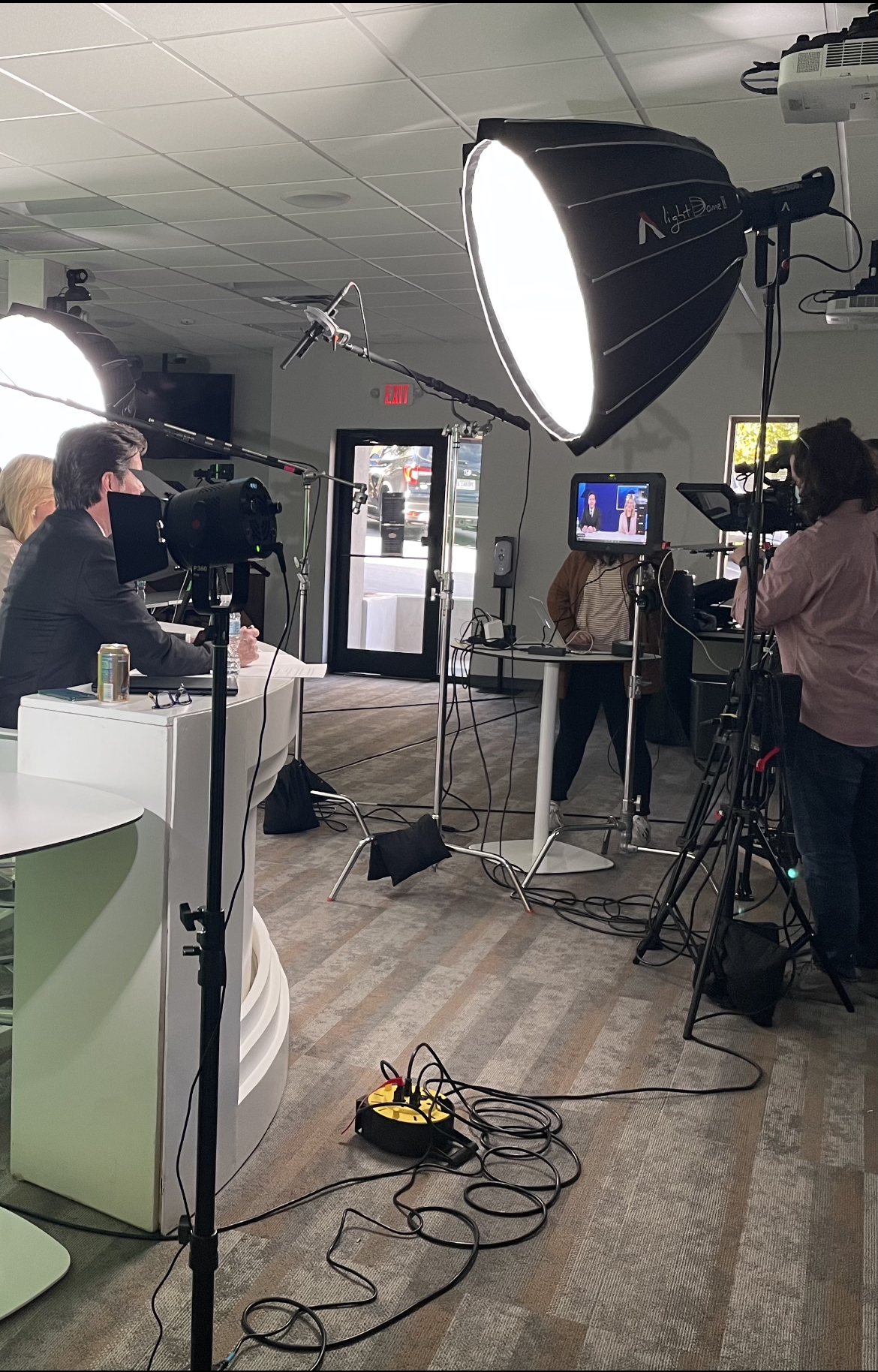 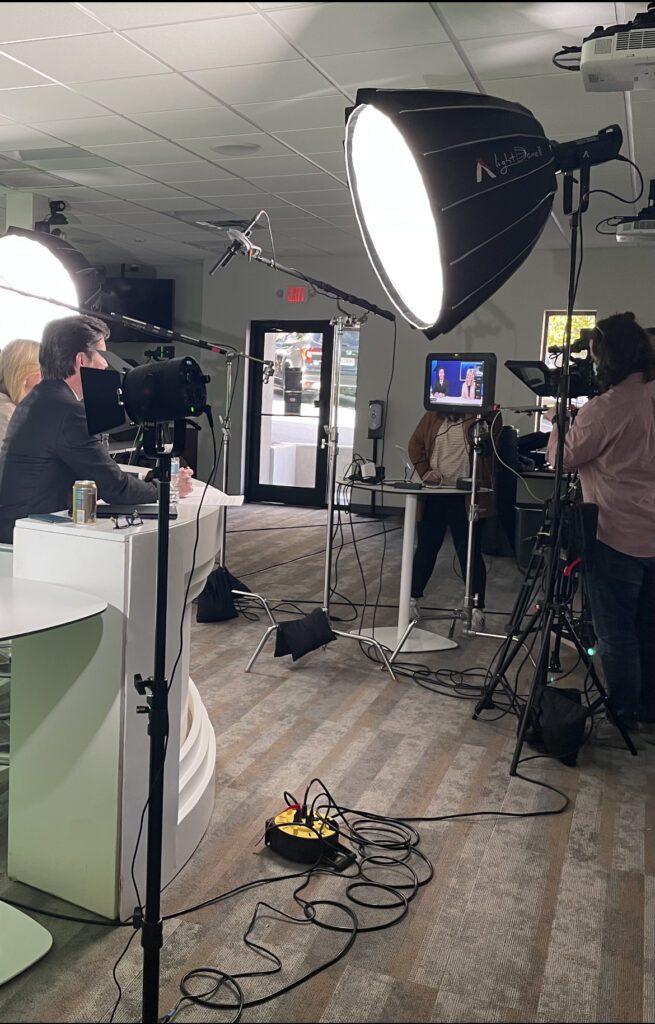 Each February, the Caine family gets together to celebrate our success from the previous year and announce our award-winning agents. It’s almost incomprehensible to think that this time last year, we were all in the Chapman Cultural Center in Spartanburg, waving glow sticks to the rhythm of the Blue Man Group.

While this year is a lot different, we’re making sure our top agents get the love and attention they deserve – so we’re broadcasting the news not only to our team but to the Upstate and around the world!

The virtual celebration began with two Caine1 News broadcasts to the Caine family on Tuesday, February 9, and Thursday, February 11, unveiling our society winners, counting down our top producers, highlighting outstanding performances, and giving away cash prizes through live games.

We also uncovered our Above and Beyond sales contest winner. Each agent receives entries based on production and additional incentives throughout the year. Four finalists, Michelle Roberts, Pete Brett, Hunter Hurst, and Susan Gallion, were be chosen from over 5,200 entries into the contest to compete for the grand prize on Thursday morning. Hunter Hurst took home the jackpot of $8,000!

Finally, we kicked off a major media campaign, including a 30-day spot on NBC’s Today Show, where our top residential and commercial producers will be highlighted every weekday morning. We’ve also launched a major billboard campaign across the Upstate, including digital boards featuring Caine faces and names throughout the week as well as print promotions in TOWN Magazine, the Spartanburg Herald-Journal, the Upstate Business Journal, the Greenville News, and of course, social media. You might even see an illuminated billboard truck making its way around town, taking Caine’s stellar performances to the streets.

Thinking about buying or selling a home? Connect with your perfect Realtor® at www.cbcaine.com.

Congratulations to our award and society winners!

Additional, special awards were given to the following individuals:

After celebrating the highest year of sales since 2006, The Reserve at Lake Keowee enjoyed record-breaking success. As a result, Jimmy Fuqua, Diane Bostrom, and Ronda Smith received Outstanding Performance awards and David Hurst received Reserve Agent of the Year in recognition.

Chelsi McCoy was recognized as the Great Southern Homes Agent of the Year.

Hunter Hurst was recognized with the New Homes Exceptional Service Award for his work at the Chelsea Townes at Hollingsworth Park at Verdae.

Top producing brokers with Coldwell Banker Commercial Caine for performance in 2020 were:

Agents were recognized within the Coldwell Banker network for their performance by qualifying for several prestigious international societies.

Jacob Mann and David Hurst qualified for the International Society of Excellence, awarded to the top 1% of Coldwell Banker agents worldwide.

The following agents were named to the International President’s Circle, awarded to the top 10% of Coldwell Banker agents worldwide:

The following agents were named to the International Diamond Society, awarded to the top 15% of Coldwell Banker agents worldwide:

The following agents were named to the International Sterling Society, awarded to the top 25% of Coldwell Banker Agents worldwide:

The following agents qualified for the Coldwell Banker Caine Bronze Society distinction for performance in 2020: